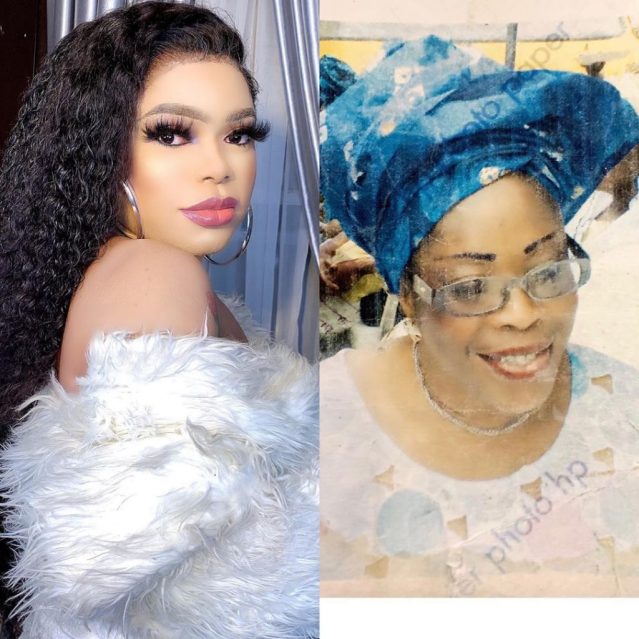 Nigerian cross dresser, Bobrisky has shared a photo collage of himself and his mum in her remembrance, 12years after she died in Mecca.

Bobrisky revealed that his mother died in 2008 when she went for hajj in Mecca. He adored his late mom with the new post on social media.

“When I tell people I look so much like my mum. That is my mum o ! She is so pretty. She died in Mecca 🕋 hajj 2008. She died 12yrs ago. I remember telling her not to go to hajj that yr because the doctor told us she has high blood pressure. She eventually went and died there. Dis soul here is my everything. I still cry sometimes thou because she loves me die !” 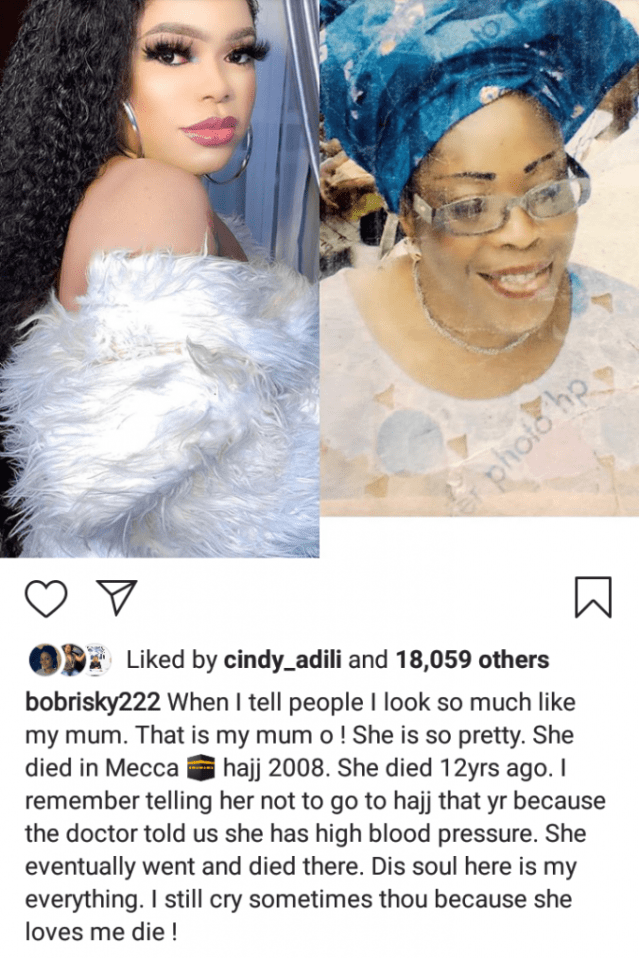 “Apologise for what?” – Laycon angrily replies fan who asked if he will apologise to Erica (Video)

I didn’t work on my bum, I only removed fat from my stomach – Nengi says in new interview (Video)