Davido sends out words of Appreciation to Chioma, Others, as he completes his Album 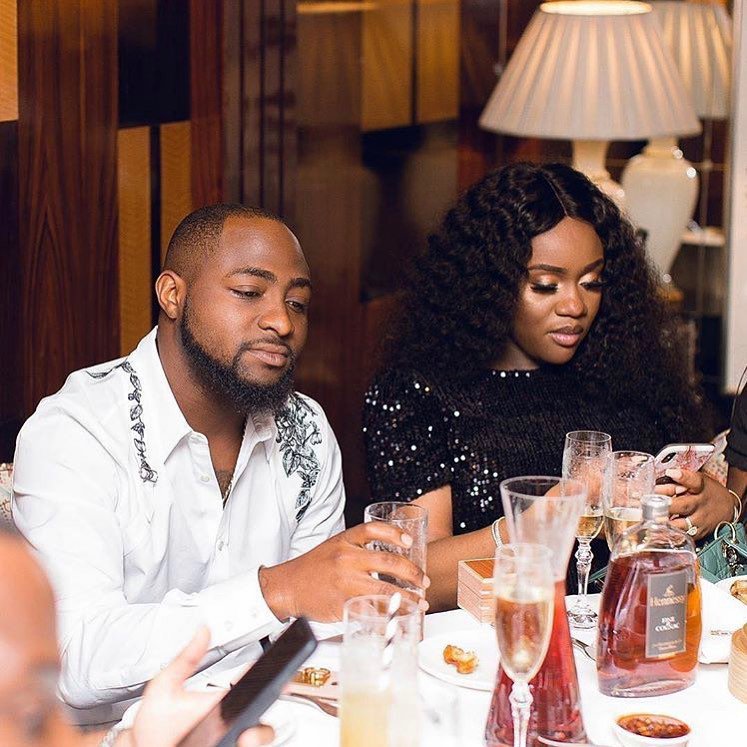 Popular Nigerian singer David Adeleke, known as Davido, has once again shown his love for his wife-to-be Chioma after completing his new music album. The singer took to social media to thank Chioma for her support.

The singer shared a series of tweets after he announced the completion of his latest album A Good Time. Davido noted that it has been seven years since he released his first album.

In a tweet, he thanked Chioma for being patient with him and tolerating him, especially during her pregnancy. He revealed that he completed most of the album while he was pregnant with their son. He also expressed his love for her. 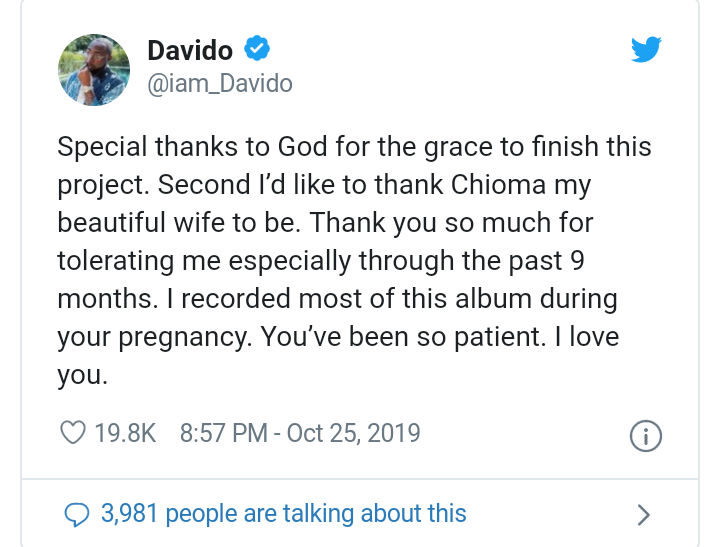 Davido further expressed that he is happy to share the album with the world as it signifies the point he is in his life right now.

The singer also said he is thankful for his three children. He added that it has all been great as he found the love of his life. 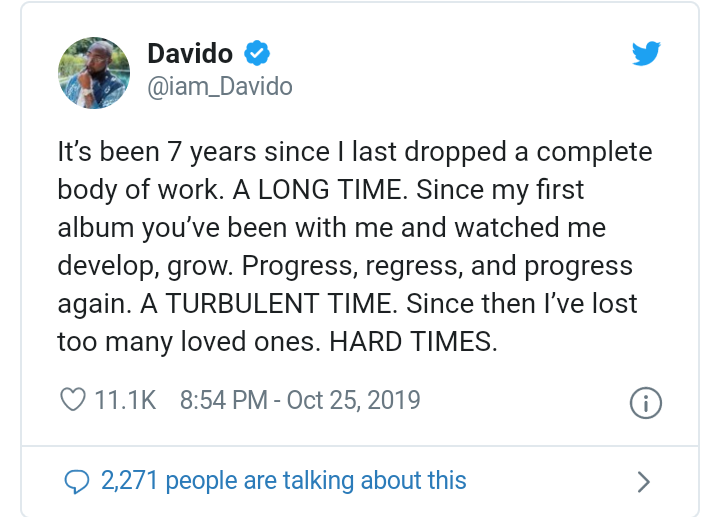 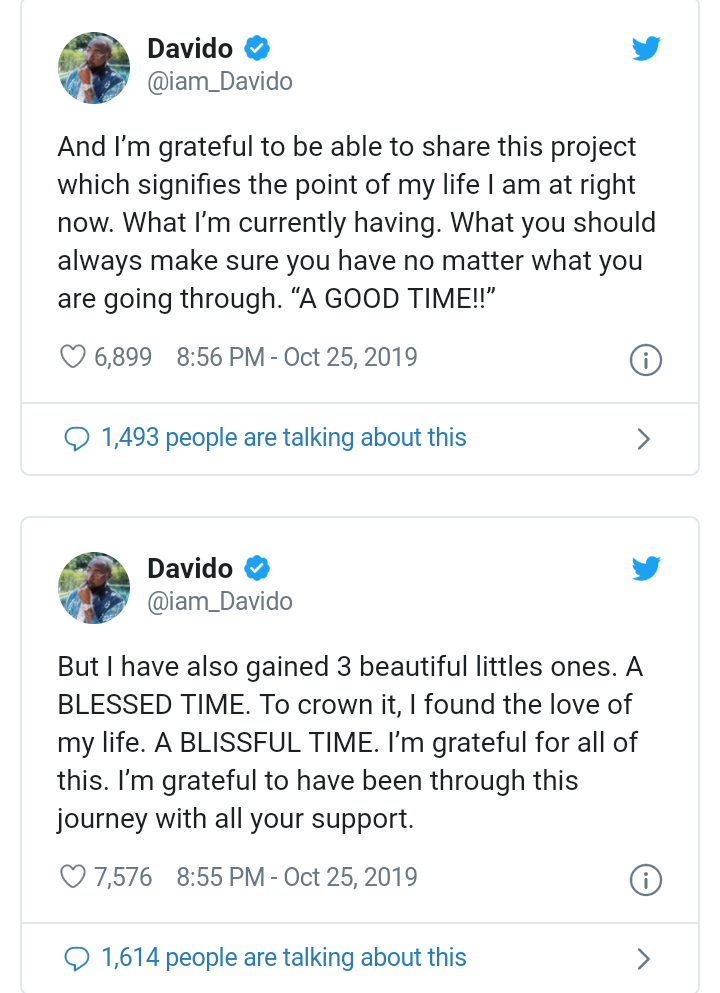 He went ahead to thank everyone who helped him with the album. He thanked his team, his manager, writers and everyone who contributed to it. 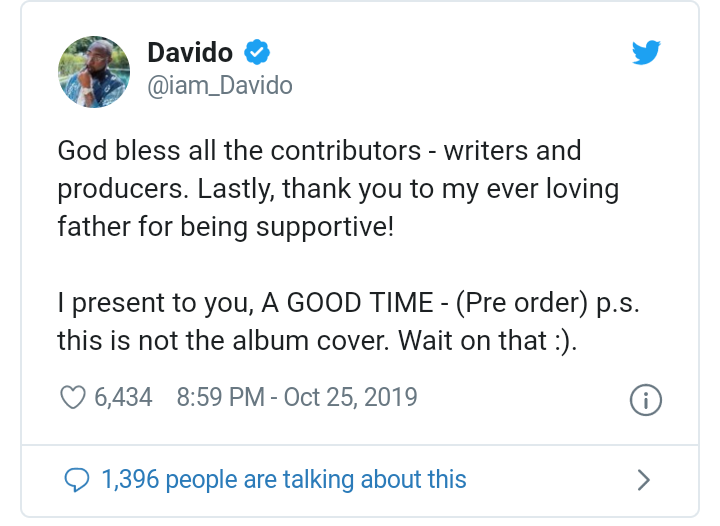 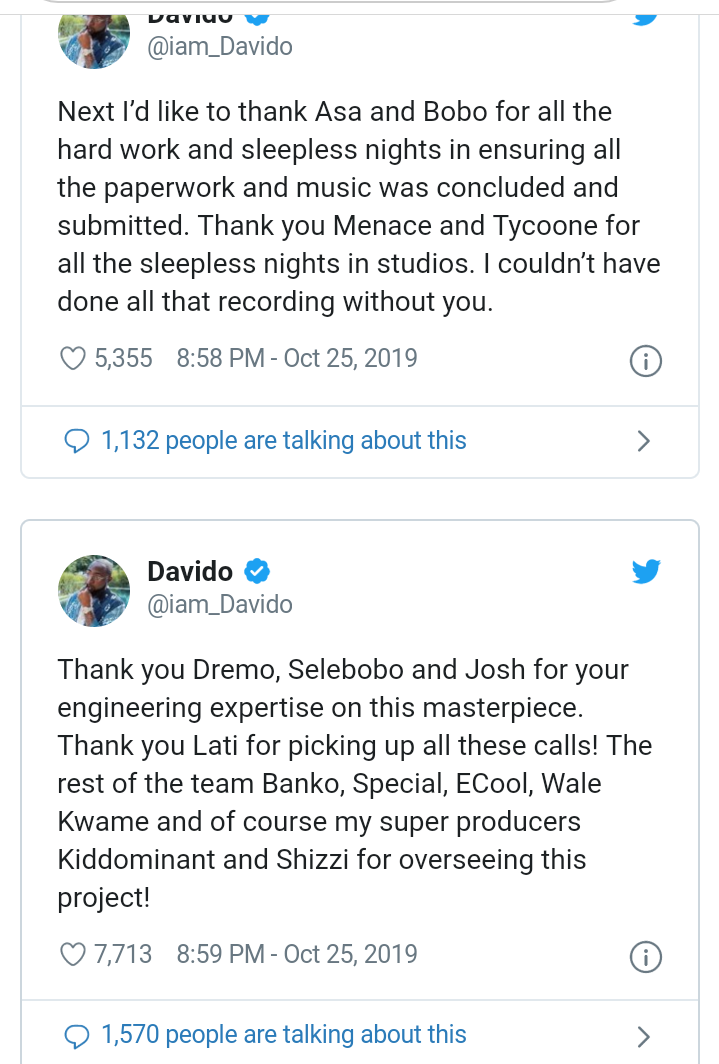 A Good Time is cheduled for release on Tuesday, November 22. From the link shared by Davido, it is confirmed that Risky, Blow My Mind, Assurance, If and Fall are part of the 17 track album.