Davido‘s album “A Good Time“, has officially crossed one billion streams across platforms.

Columbia Records United Kingdom made this known on its official Instagram. The 17-track album was released on November 22, 2019, through Davido Music Worldwide (DMW), RCA Records and Sony Music. 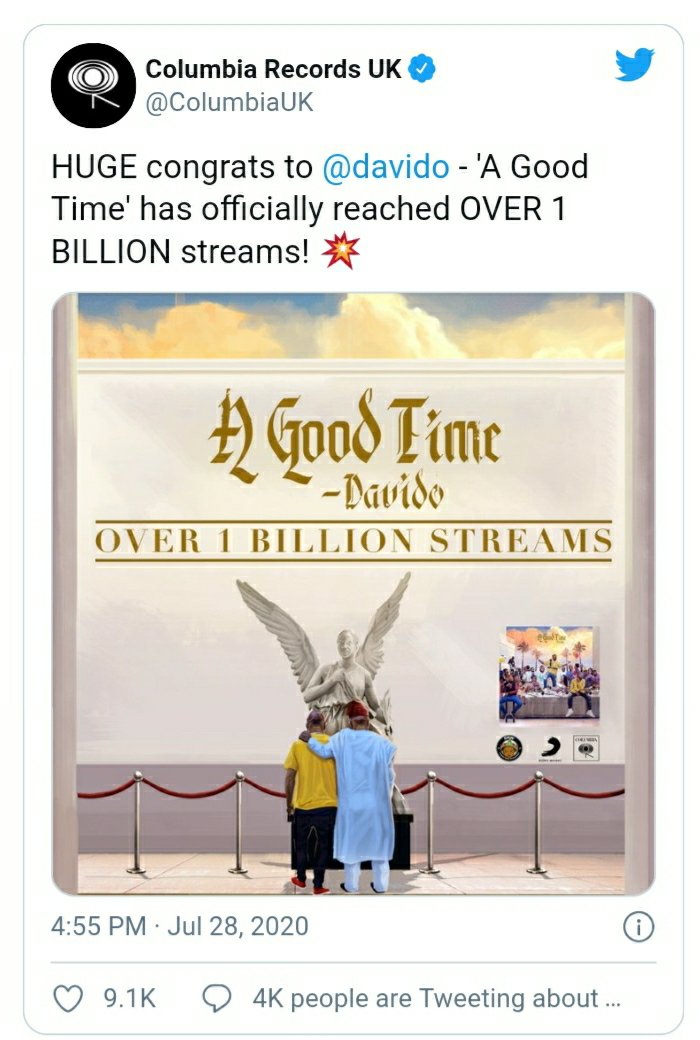 Less than a year after the release, the album has continued to amass accolades. In February, the album went platinum, and just two months ago, the hit single “Fall” became certified Gold in the USA and Canada.

This good news also comes in great stead for Davido’s eagerly anticipated third album, “A Better Time“. Recently, we got to see clips of Davido with the rapper/legend, and the producer Hitboy in the studio.

We can’t wait to get a taste of the magic.

And also, congrats to the music star.