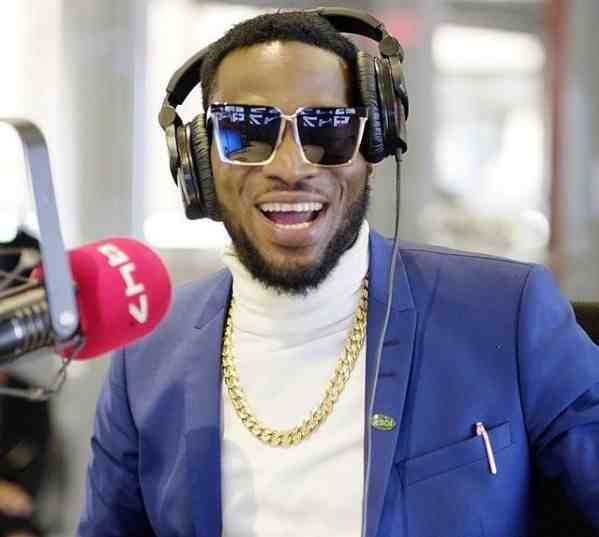 He adopted the stage name D’banj, a combination of his first name, Dapo, and his surname, Oyebanjo. D’banj is best known internationally for his 2012 summer hit ” Oliver Twist”. In 2016, D’banj was ranked to be the richest solo musician in Nigeria according to T.I.N Magazine

Nigerian Afrostar D’Banj emerged in 2005 with his debut album, No Long Thing, which he released in conjunction with business partner/producer Don Jazzy on their Mo’Hits label. Born Oladapo Daniel Oyebanjo in 1980 in the Nigerian city of Zaria, D’Banj learned how to play the harmonica as a teenager in honour of his older brother, who died in a plane crash at the age of 17.

His love for music eventually led him into a partnership with Don Jazzy, a producer he met in London with whom he would later return to Lagosand begin his recording career. Led by the single “Tongolo,” No Long Thing presented a slick mix of urban dance pop and Afropop with which D’Banj would find great success over the next several years. As an entrepreneur, he and Jazzy signed other up-and- coming Nigerian pop acts totheir label and, in 2007, formed the collective Mo’Hits All-Stars, releasinga handful of hit singles featuring D’Banj as it’s star act.

In 2010, D’Banj began collaborating with American artists like Snoop Dogg and, in 2011, signed a deal with Kanye West’s G.O.O.D. Music label. That same year, D’Banj scored a major hit with his single “Oliver Twist,” which topped a number of African charts and fared well in the U.K. and Europe as well. Prior to dissolving his partnership with Jazzy, D’Banj began working on a massive compilation album which would eventually come out on his new venture, DB Records. Titled D’Kings Men, the album was not a proper D’Banj solo release though he was heavily featured on numerous singles alongside numerous African artists and American guests like Big Sean and Kanye West.

A pair of 2015 singles — “Feeling the Nigga” and “Frosh” –found D’Banj collaborating with Akon as his music continued to veer more toward an urban hip-hop sound. The songs were also featured on the visual EP, An Epic Journey, which D’Banj released song-by-song as a series of videos. Two years later, he returned with the album, King Don Come.

Award-winning Nigerian songstress, Tiwa Savage is set to release her forthcoming EP titled, ‘Water and Garri’ and she has met American musician, Pharrell Williams to hear his opinion on the