Actress and former Big Brother Naija housemate, Venita has given her fans a little bit of ‘Gbas Gbos’ as she dropped a sultry photo of herself on social media.

Venita Akpofure beauty is undeniable and it was one of the quality that endeared fans to her the minute she stepped into the Big Brother Naija house.

A mother of two, the 32-year-old’s body remains well shaped and like the background color in the photo, her sexiness is loud.

Sharing the photo, she simply wrote a caption that reads ; 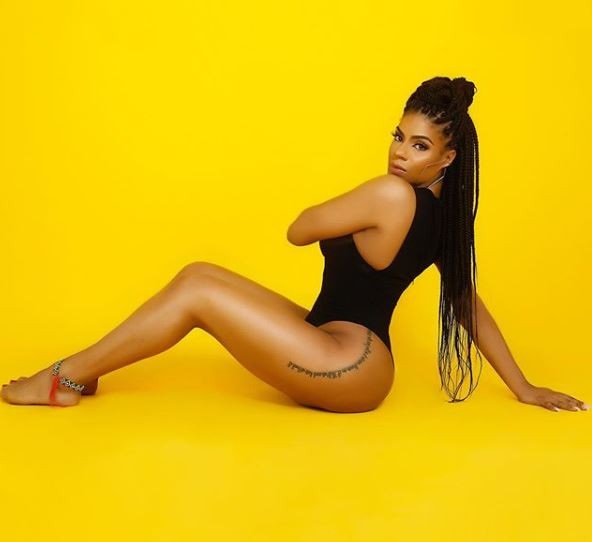 “Bastard, agent of evil” – Vee blasts Ozo after finding out that he nominated her for eviction (Video)