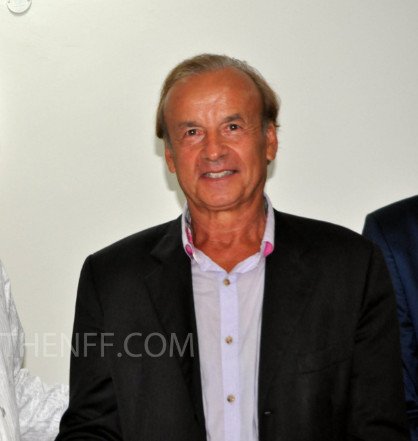 The International Federation of Football History & Statistics (IFFHS), which is responsible for researching and documenting football numbers, has ranked Super Eagles’ Manager, Gernot Rohr among the top 20 national team coaches in the world.

This year’s award was won by Fernando Santos, coach of Portugal national team, with which he won the UEFA Nations League in June 2019, according to Punch.

Gernot Rohr, in his 49 competitive matches, has racked up 59.12 per cent wins, losing only nine times and drawing 11. He also led the Super Eagles to a third-place finish at the 2019 AFCON.