eBuzz Nigeria
Home Viral ‘How God Blessed Me With Triplets After 25 Years Of Childlessness’ -...

When the news that Tungba Gospel artiste, Yinka Ayefele, had welcomed a set of triplet with his wife, the joy in the hearts of people knew no bounds. They were genuinely happy for a man who had entertained and blessed their lives for so many years with great music even in his disability. His outlook to life was always cheerful and his music was inspiring to generations. The talented singer and new father has now revealed certain details of his childlessness before the huge miracle that befell him recently.

Ayefele had a fatal accident on December 12, 1997. It’s still uncertain if Ayefele was actually married 25 years ago. He had said in an interview that he married Titilope four years after the accident.His marriage was childless for 25 years before the arrival of the set of triplets. According to the artiste, who had an accident that resulted in a wheelchair confinement 22 years ago, there was no child in his marriage to Titilope and he never had any outside wedlock. 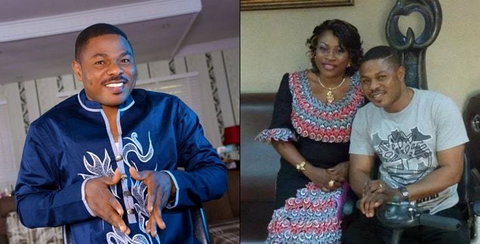 In a miraculous twist of fate, the news that the 51-year-old musician and his wife had welcomed a set of triplets had gone viral in June 2019 but he denied it at first, probably in a bid to stifle rumourmongers. The singer’s wife, Titilope gave birth to two boys and a girl in a hospital in Maryland, United States of America. Later, Ayefele shared a video of the newborn babies on Instagram.

Revealing details of his childlessness on Saturday July 20, 2019 at Tafawa Balewa Square, Lagos during the ‘Celebrate The Comforter’ programme, the artiste was all joy when he disclosed that the founder of Esther Ajayi Foundation, Rev. Mother Esther Abimbola Ajayi,  the General Overseer, Love Of Christ Church, Clapham, London had prophesised that he would father children soon. 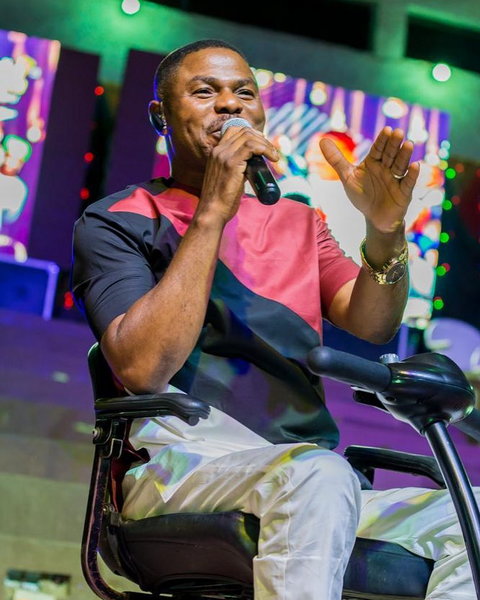 Testifying, Ayefele, who was billed to perform at the event said, “I met Iya Adura in 2018 in London. She told me that if I believe all things are possible. I have never had a child and I don’t have a child anywhere. I have been married for 25 years. In 2018, I went to Clapham, London and she took me to a room and told me about great testimonies in her life. Initially, I just considered those testimonies as one of those things men of God said. She told me that God said I would have my children. That there is nothing God cannot do. I believed her and I can tell you that I am a testimony today. I am proudly the first Nigerian artiste to have triplets.”