eBuzz Nigeria
Home Viral ”If he can wash my thing, why not undies” - Nigerian ladies...

Some Nigerian ladies on social media are currently embroiled in a debate whether a man should be allowed to wash their underwear.

The debate which started on Facebook generated a lot of comments from both male and female users. 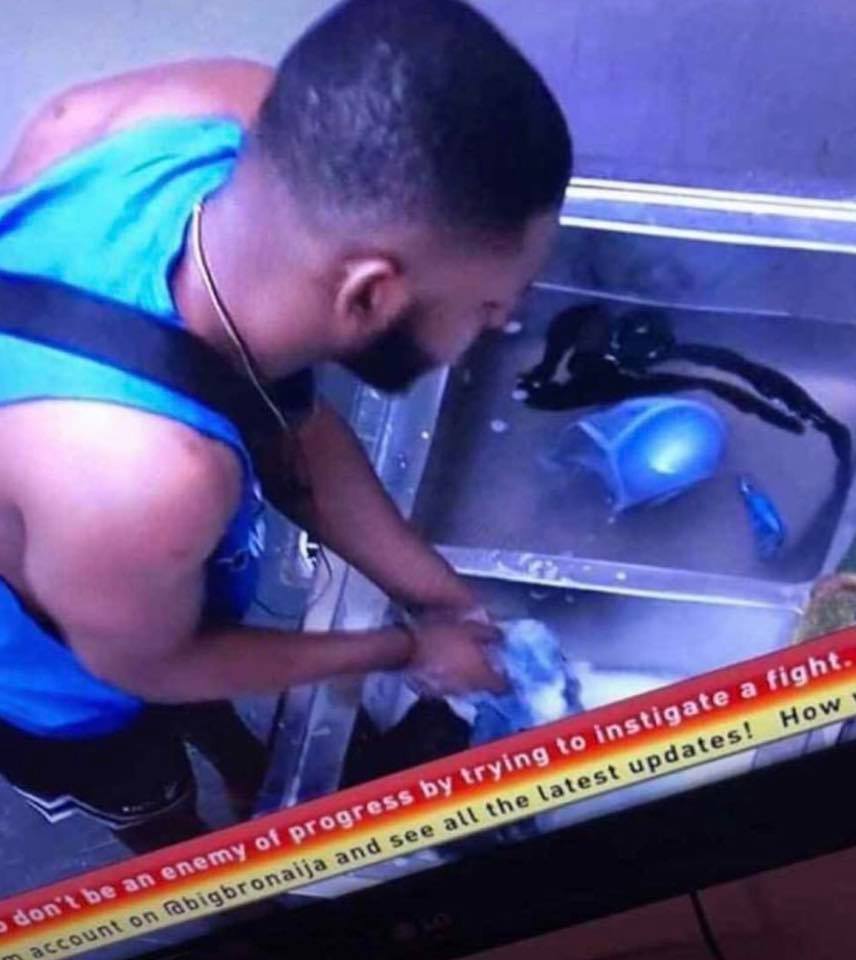 Precious said: “The annointing that led him to take it off my waist should lead him to wash it”

Benita Ebere said, “Why not after all na him dey enter there”

Doris: “If he can wash my thing why not undies?” 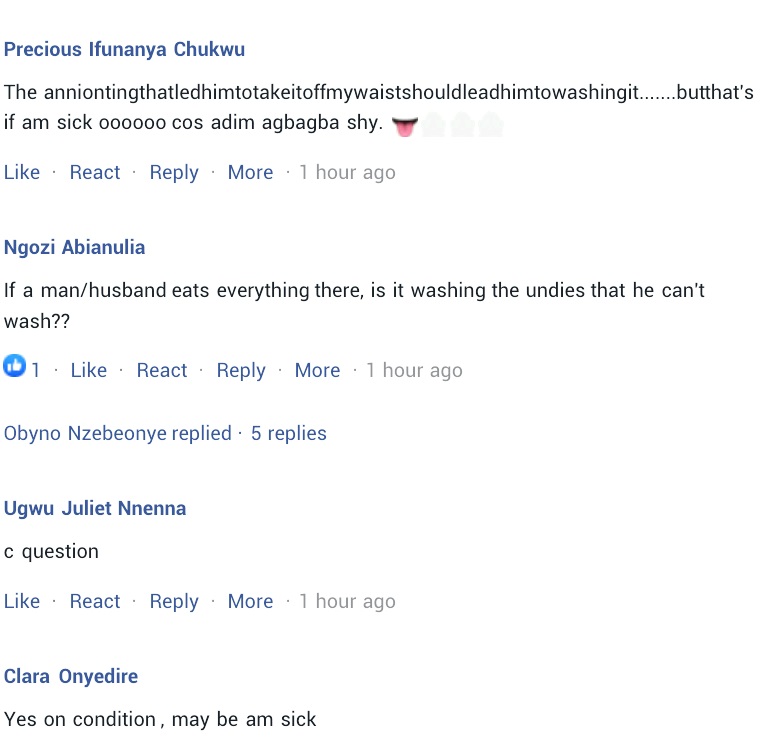 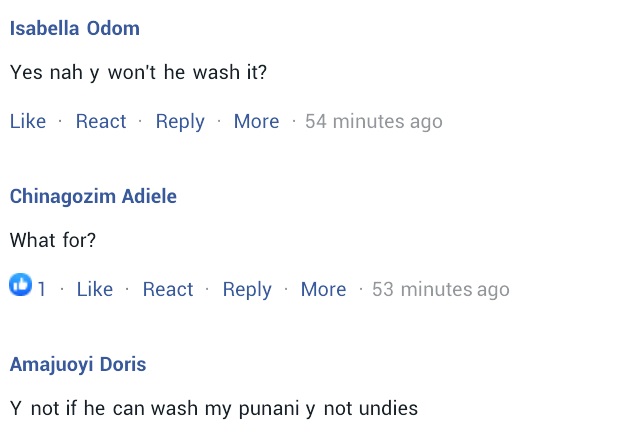