eBuzz Nigeria
Home Viral Khafi and her family have laid her late brother Alexander Kareem to...

BBNaija’s Khafi and her family have laid young Alexander Kareem to rest.

At the funeral service, Khafi rendered a heartfelt eulogy to her late brother, which left many in tears.

Photos from the funeral service captured the family members in an emotional state. Khafi’s mum was seen hugging and clutching her son’s coffin as it was lowered into the ground. 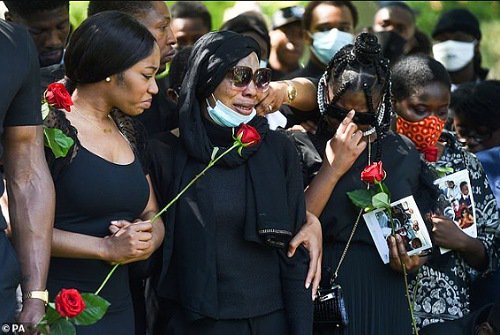 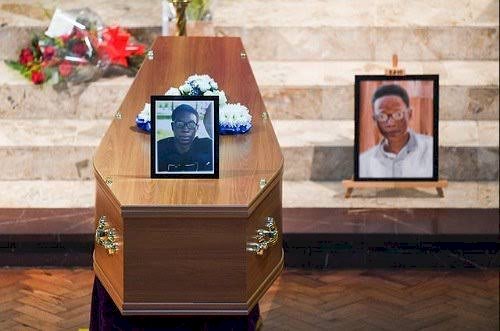 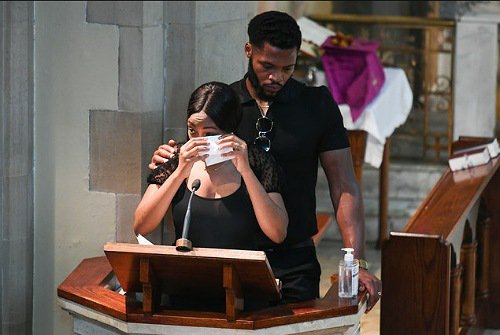 Khafi revealed she would have taken the bullet for her late brother.

Speaking after his funeral, she said: “To anybody who’s seen this (in the news) and is thinking this is just another black boy who’s been shot by violence, I want to tell you that is not the case.

“Alex’s life mattered, he had a future ahead of him, he’s not just another black boy. He had a family, he had friends, this is real.”

Khafi added: “There are real lives that have been impacted, real people who are broken. There are so many people who have turned up today and we are here for justice.

“I am begging whoever knows anything please find it in your heart to come forward. I feel bad that we’ve had to bury Alex and his killers are still not found, can he really rest in peace when his killers are roaming around?”

About 30 persons attended the funeral service at the Church of the Holy Ghost and St Stephen in Shepherd’s Bush on Wednesday, July 29, and dozens more paid their respects at the burial in Margravine Cemetery in Hammersmith.

Alexander Kareem was described as “brainy and intelligent”, and a computer whizz who enjoyed coding and playing the video game Fortnite.

He was about to embark on a new chapter of his life by starting university in September to study computer science.

Continuing, she said; “My mum named him after Alexander the Great, because, even though he’s the youngest, my mum always knew this is where greatness was going to come from in our family.

“He’s really funny and always energetic, he was just becoming a man, looking after himself and giving back to us as a family.

Khafi breaks down in tears in reaction to brother’s death

BBNaija's Khafi reveals why she never reported her rapist