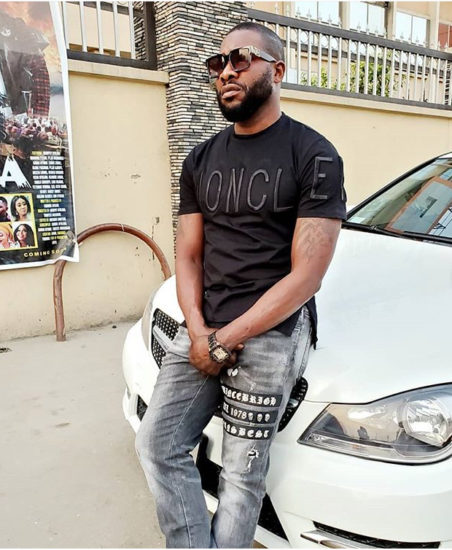 NURTW chieftain, Koko Zaria was busted on Social media today after he deceived his colleagues and a host of others with a Benz picture stolen from a young lad.

The rugged chieftain who lives in Oshodi Lagos, posted the photos online with a caption of gratitude to God, “Alhamdulilah my be toy”.

Meanwhile, celebrities have stormed the comment section to pour their loads of congratulate messages to him, not knowing that he deceived them with a fake picture and the car belongs to somebody else. But every fake things does have a short lifespan, and it was a few moments after he posted the picture that social media users busted him.

Hot now!  "I regret not being serious in my education - Ghanaian actress, Yvonne Nelson

But according to reports, the car belongs to one young Nigerian man identified as AB_KOKO and he has posted photos of the car several times on his Instagram pages. Some of the photos we obtained can be seen below;

5 times Mercy Eke shows off her beauty in red dress