Davido via his twitter handle has declared himself the unbeatable and the best in FIFA game. Davido is known to be an avid football fan, a loyal supporter of the Chelsea team.

Shortly after his post about being unbeatable in the FIFA Play Station game, sensational Nigerian rapper, M.I Abaga responded saying “FIFA card game??? Cause I know you not talking about PS… Let’s go!!!!!”

FIFA card game??? Cause I know you not talking about PS..

Clearly, Davido has a challenge already, we hope he can defend his position as the self-proclaimed best in FIFA games 🙅🏾‍♂️🙅🏾‍♂️🙅🏾‍♂️

About 2 years ago, it seemed like the super -starts dream came true when he got to meet with the players of the Chelsea team. When the Afro-Pop star went to Stamford Bridge to watch his favorite club play, he declared himself a humble small star among bigger stars.

After the match, Davido got the chance to take photograph in Chelsea’s dressing room to celebrate the club’s 2-1 victory against London rivals Tottenham. He squatted in front of the players to snap with them. 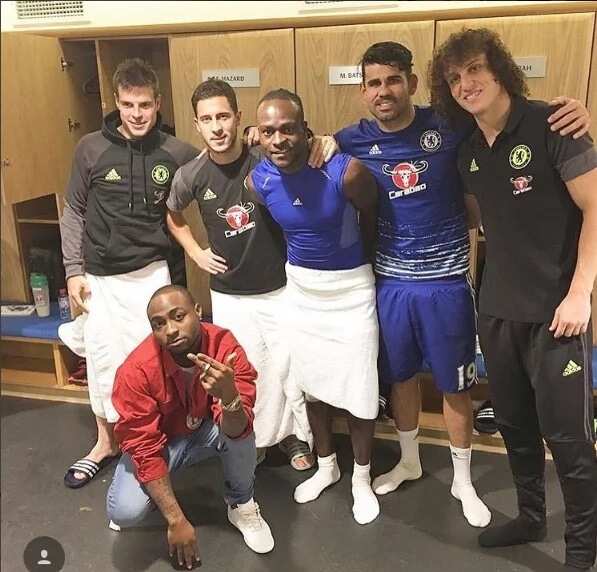 Do you think you are good enough to beat Davido in FIFA? Let us know in the comment section below