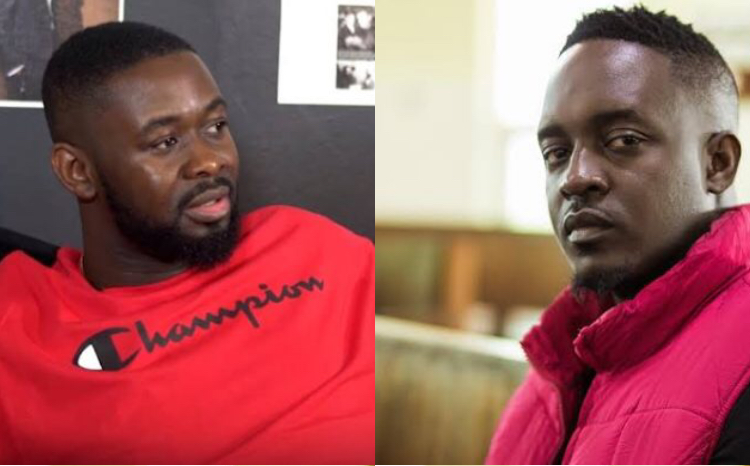 Rapper M.I abaga reveals the embarrassing thing that happened to music producer SARZ when he took him clubbing for the first time.

In a Live IG session, Veteran rapper MI Abaga was guest to fast growing Nigerian rapper and singer Blaqbonez, where MI talked about his experience with Sarz the producer “I took him out one day we went to rehab, there was one club they called rehab along the zenith bank road, we were buying bottles, he was just so happy, there were girls around, I was like, be calm now, you’re Sarz on the beat, you’ve made all these hits”

MI continued “he was shaking, and then right before we left, I was like, let’s go, he was still sitting, I asked what the fuuck is up? Apparently, he had ejaculated on himself while sitting down”

The legendary music producer is one whose name can never be wiped from The African music history, his catalogue of hits produced is up there with any top producer Africa has ever seen, only few can compare when the name Sarz is mentioned.

The producer whose real name is Osabuohien Osaretin hails from Benin city, having produced for top acts in Africa and around the world, Sarz boasts of longevity and durability, he has stayed on top of the game for years without displacement. His first full credit production was for Lord OF Ajasa’s see drama in 2007.

He has several awards and nominations to his name, he’s the hands behind several of Wizkid’s hit songs including the famous Samba- beat of life which blew through Africa and beyond. Recently Sarz was engaged in a battle of hits against Shizzi due to the Covid-19 isolation, 2 hours of fun which featured more than 50 songs from both producers, about 20k live viewers were present to witness the feat.