A man @MrPsalms on Twitter, has accused Comedian Ebiye of selling the Benz he bought from him on credit and losing the money to forex trading instead of using to clear his debt. 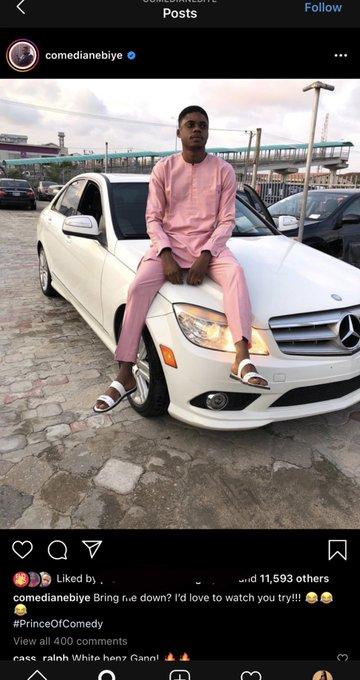 According to Mr Psalms, who shared screenshots of their Whatsapp conversation online, he has spoken with Ebiye on several occasions but ot no avail.

“@ComedianEbiye your time is up.

A friend brought u to me n pleaded on your behalf. I gave u a car on loan and as expected u didn’t disappoint, u failed making payment” Mr Palms wrote as he called the comedian out on twitter. 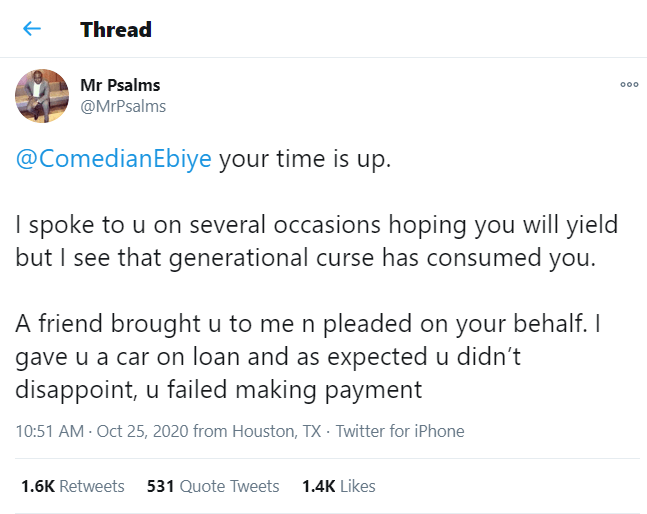