eBuzz Nigeria
Home Viral Man In Shock After DNA Reveals His Son Is Not His Child;... 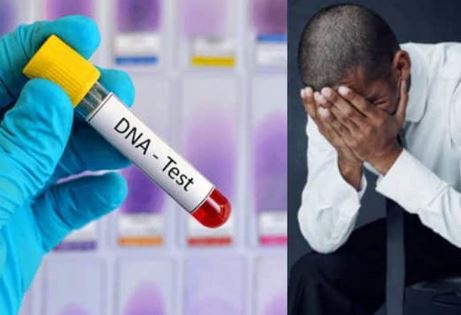 DNA tests in Nigeria were a thing of myth before now, but more than ever before more parents are beginning to welcome the idea of taking DNA tests and finding out if their kids are truly theirs.

A man was shocked when he took a DNA test of himself and 7-year-old child only to get the shock of his life that he isn’t the biological father of the child.

He also got another shocker that his parents who raised him aren’t actually his biological parents too.

The man who shared the news about his friend revealed his friend was heavily devastated over the sad news which both were received in the space of one week.

My friend just found out that his 7-year old isn’t his biological son. He has been threatening to leave the marriage and his parents have been begging him to stay. They told him that “this may be God’s plan” as he is also not their biological child. 2 revelations in 1 week.