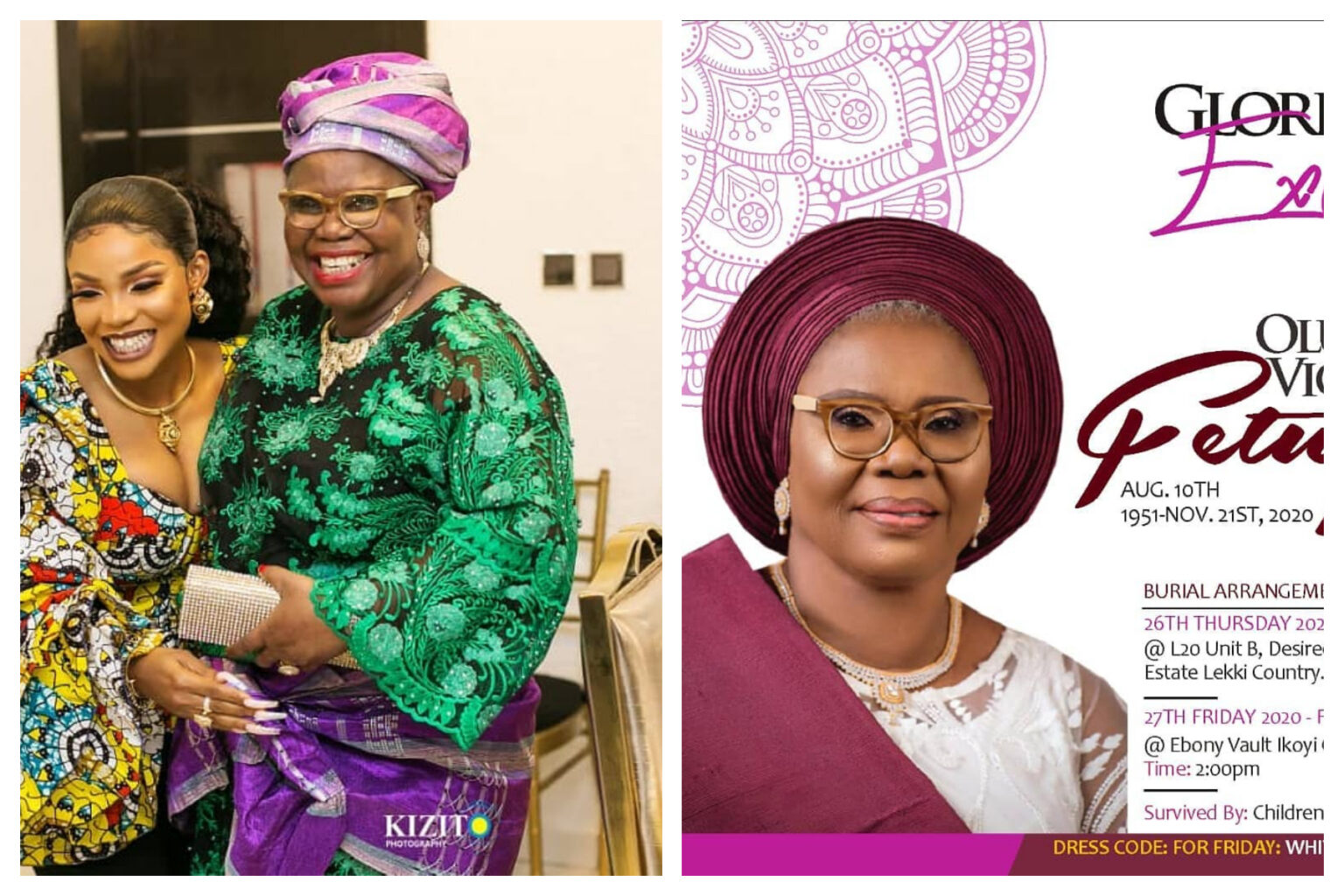 Top Nollywood actress, Iyabo Ojo, recently lost her mother She has taken to social media to give fans news about her mother’s burial Mrs Olubunmi Veronica Fetuga is set to be buried on November 27, 2020.

Popular Nollywood actress, Iyabo Ojo, recently suffered a great loss after her mother, Mrs Olubunmi Victoria Fetuga died on November 21, 2020. The heartbroken film star took to social media to share the sad news of her mother’s demise to fans. In a new update concerning her mother’s loss, Iyabo Ojo shared some of the burial details on her Instagram page.

Hot now!  Nigerian call out D’banj on social media for arresting lady who accused him of rape

In the post, it was stated that a wake keep would be held for 69-year-old matriarch on Thursday, November 26, 2020, at an estate in Lekki, Lagos. Mrs Olubunmi is also to be laid to rest at the Ebony Vault at Ikoyi on Friday, November 27.

She was survived by her children and grandchildren.

Priscilla, The Pretty 19-Years Old Daughter Of Iyabo Ojo, Shows Off Her Boyfriend.

Watch As Iyabo Ojo Got Joy As Her Daughter, Priscilla Showers Her With Money During 43rd Birthday Celebration (Video)

Watch As Iyabo Ojo Breaks Into Tears As Her Daughter, Priscilla Showers Her With Money During 43rd Birthday Celebration (Video)