No one saw this coming! Millions of Nigerians on social media weren’t prepared for it when popular music superstar, Wizkid shocked them by saying the some insulting words about the President of the Federal Republic of Nigeria.

Celebrities are seen at parties, outings and important events, where the big and mighty register their presence. In Nigeria, since the election, several celebrities have voiced their displeasure – even anger – with the current administration under the leadership of Muhammadu Buhari. The father of 3 joined the league of Nigerian celebrities who have openly called out the administration, though it looked like it was done under the influence.

Wizkid has been in the news lately for unpleasant reasons and this addition has raised eyebrows over the issue. The alcohol they say has the tendency to bring out the real nature in anyone and his latest statement about President Muhammadu Buhari might just be a confirmation of that fact. 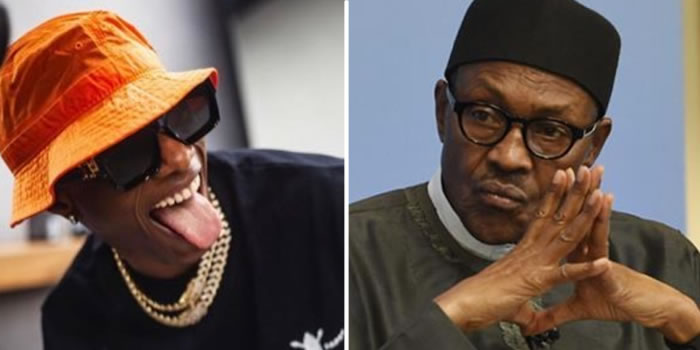 According to Withn Nigeria, in a video which is currently going viral, the ‘Ojuelegba’ crooner was seen calling Buhari a thief in his local dialect, Yoruba. Wizkid was perceived to have been drunk when he made such a statement while partying at an undisclosed venue. Watch the video below:

This latest video of him calling Buhari a thief may just be another reason to trend. We sure hope it doesn’t put a dent on his budding music career.