eBuzz Nigeria
Home Viral People pay as much as N5million for my dry jokes - Comedian... 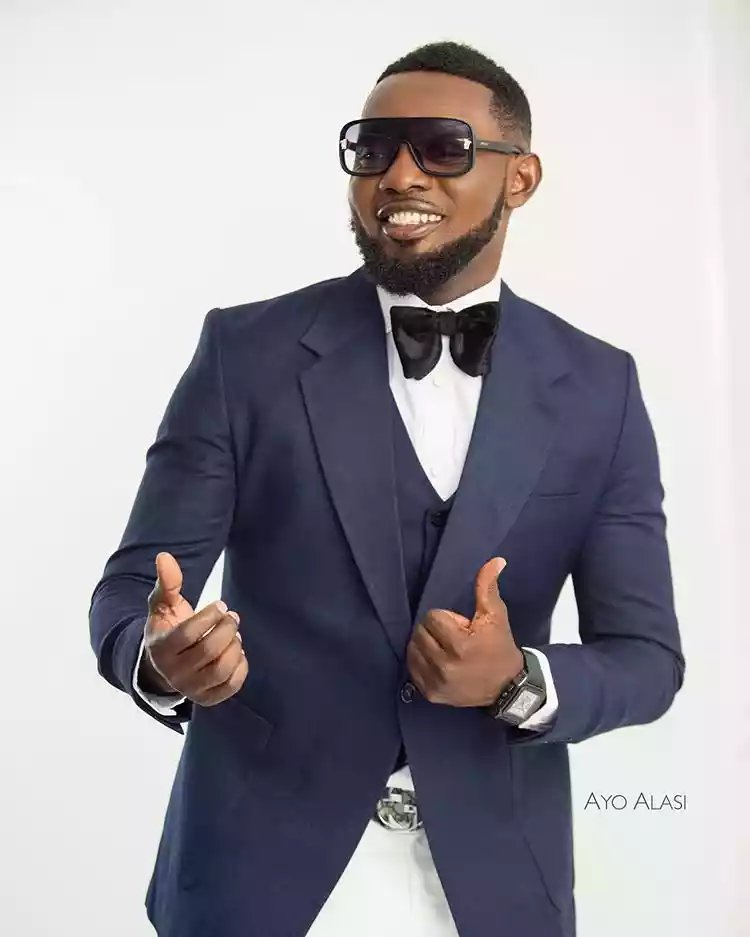 It goes without saying that the streets of Twitter is a jungle out there. Time has shown that nobody is too important to be dragged and that Nigerians with bad mouths will humble anybody on the microblogging site.

The social application, just like most social media apps, has helped bridged the gap between people as they are free to share their candid opinion without meeting face to face.

Just recently, Nigerian comedian, AY Makun, got on the wrong side of some people on Twitter and they continued to drag him. It started when AY commented on actress, Funke Akindele’s run in with the law.

A Twitter user identified as Sage then said the oppressors in the government are the ones who spend money at his shows and that he never calls them out. Sage continued by saying AY tells only dry jokes. 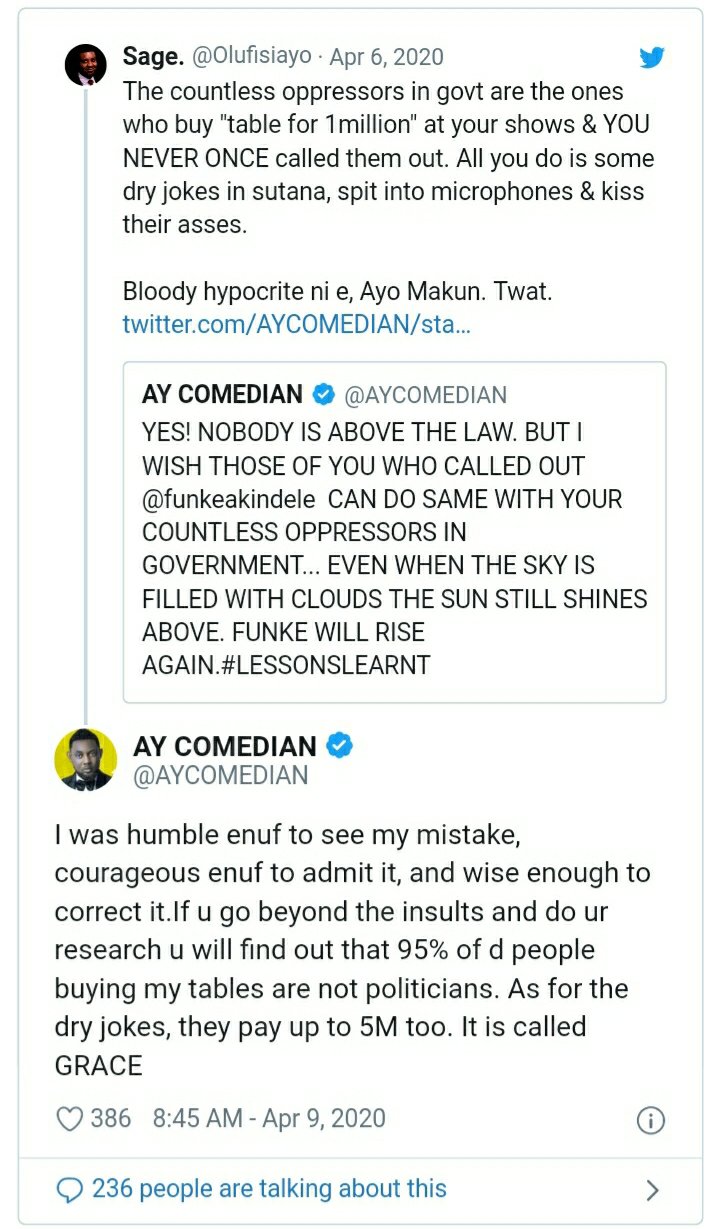 African feminists are hypocrites, they want to enjoy equality and also be taken care of by men – Deji Adeyanju