eBuzz Nigeria
Home Viral Rema openly apologizes to his friend, Eric for stealing his laptop in...


Young Nigerian singer, Divine Ikubor, popularly known as Rema has publicly apologized to his friend, Eric, for stealing his laptop in 2017. 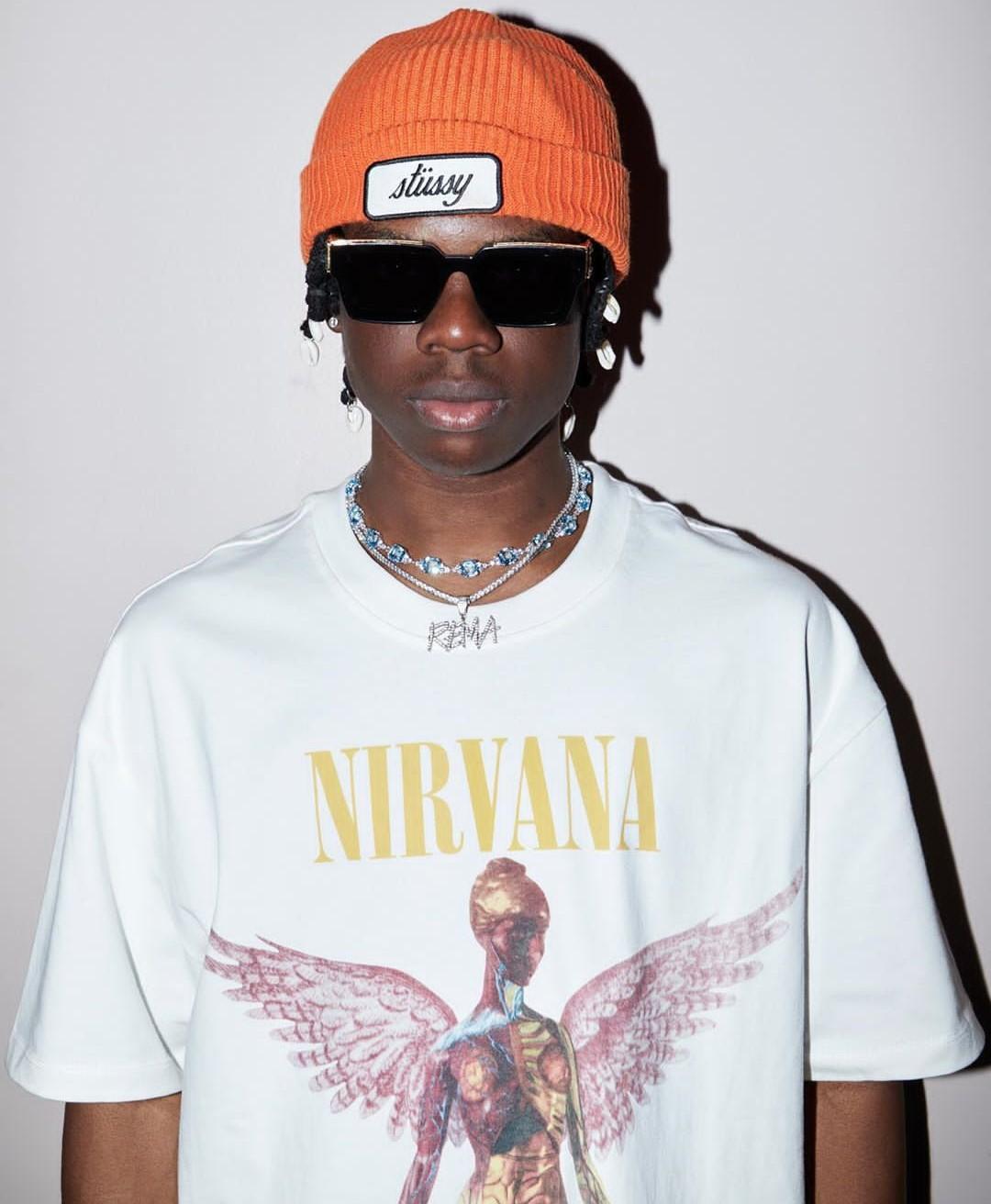 Narrating what led to the theft, Rema explained that his mother got pregnant and people began to mock her over the pregnancy. As the only son, he wanted to prove them wrong, so he had to steal the laptop.

“Eric, Sorry I stole your Laptop in 2017, I know you were trying to help me. My Mom had a child on the way, I was the only man in my family. They made fun of her because she got pregnant, I wanted to prove them wrong bro, I had to do it.” 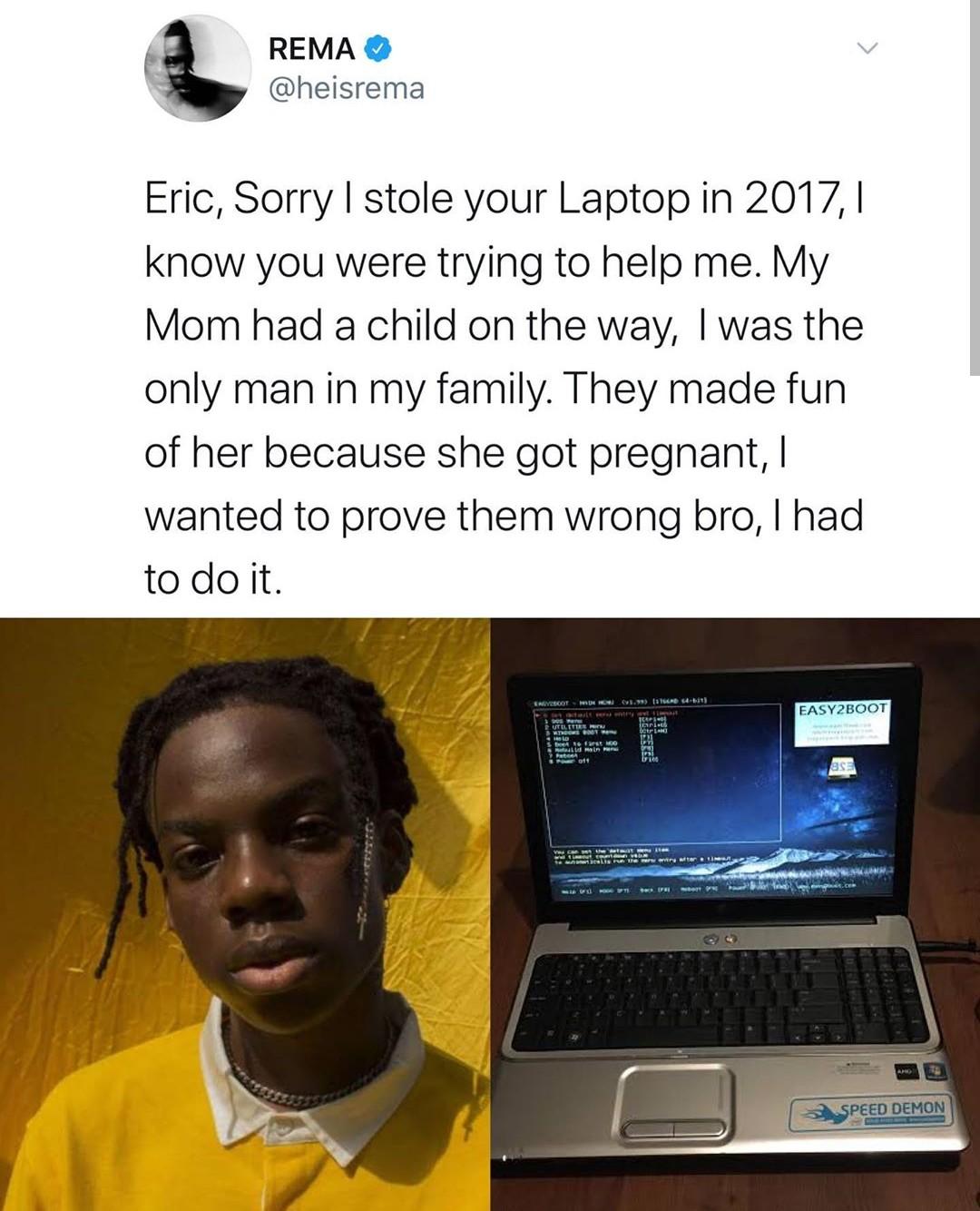 Download Taaoma Comedy: Time Out With Taaooma ( My Fiance And I)