The relationship between Nigerian singer, Runtown and Dilly; his former boss at Eric Manny records, has been rough since he left the record label 2years ago.

However Runtown has just taken to Twitter to publicly apologise to his former record label boss, Dilly Umenyiora.

Runtown and Dilly have in the last two years dragged eachother to the length and breath of Nigerian courts following their bitter seperation at the end of Runtown’s record deal.

While Dilly sued the singer for breach of contract, Runtown counter-sued and claimed he was being victimised by the billionaire but all now seems to be well, with Runtown’s apology. 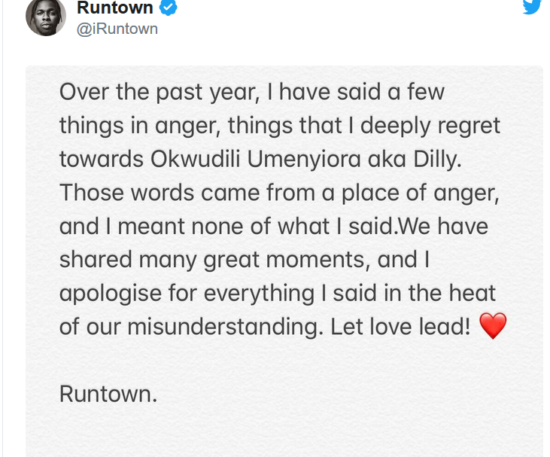 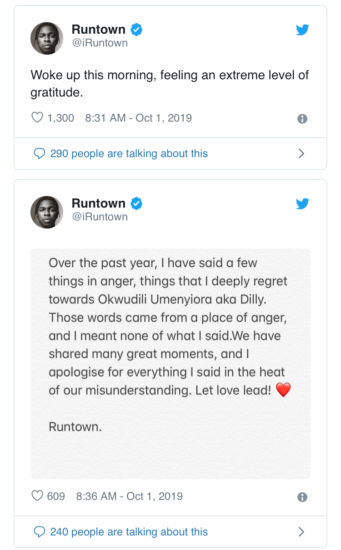 Is Runtown Engaged? Singer Gives A Ring To His Sudanese Model Girlfriend

Runtown - For Life (Prod. By Krisbeatz)