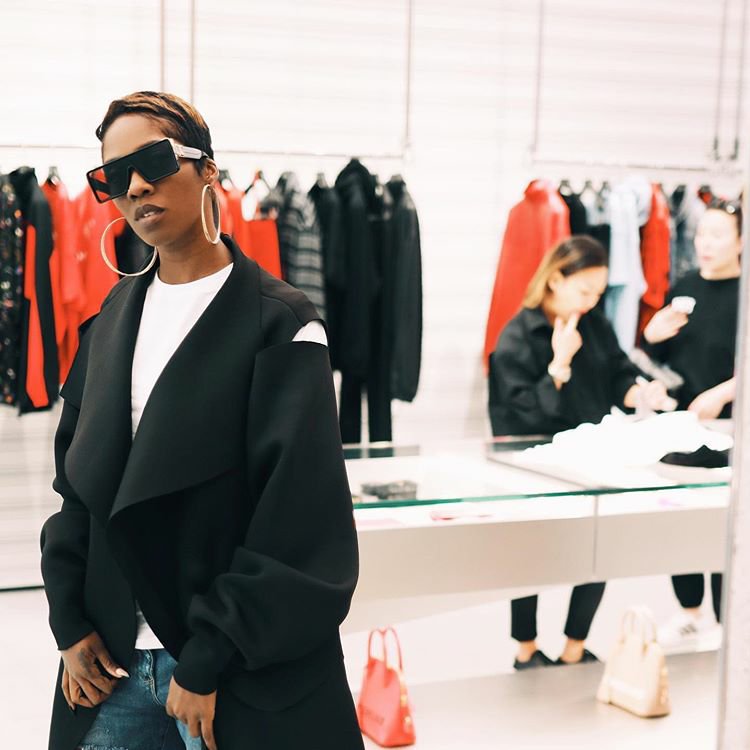 Much loved Nigerian songstress Tiwa Savage has joined the league of celebrities who have garnered as much as 10 million followers on the photo-sharing social media app, Instagram.

The singer recently took to her official page on the platform to share the exciting news.

Tiwa Savage also appreciated her fan base known as Savage Armies on her page.

The Attention crooner posted a photo that was specially designed to commemorate the occasion.

Check out the post as shared by her below: 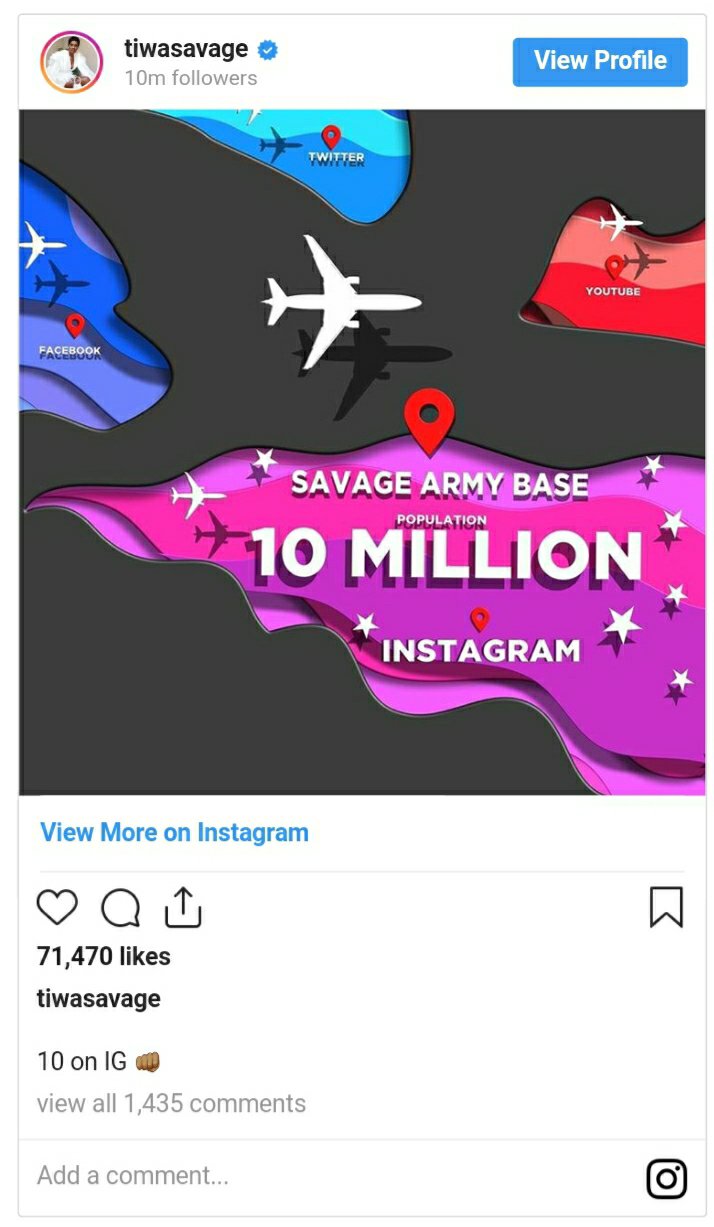 This makes Tiwa Savage the female artist in the Nigerian music industry with the highest numbers of followers on the platform. She is followed closely by Yemi Alade who has a total of 9.8 million followers.

Some other female celebrities like Funke Akindele, Mercy Johnson, Mercy Aigbe to mention a few boast of more than 5 million followers on the app.

Tiwa Savage also used her social media platform to celebrate controversial rapper Naira Marley. She posted a photo of the rap star on her Instastory channel and described him as president.