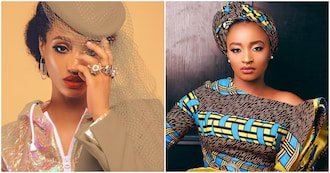 Singer Dija has warned a follower identified as Abdulrahman illo against using her life to insult another person.

It all started when illo took to his page on Twitter to express his likeness for the singer’s way of life. According to him, he loves the fact that Dija is not allowing her music to be in the way of getting married, unlike actress Rahama Sadau.

Referring to the actress as a local champion, illo stated that she does not think about marriage. He went further to reveal the film star’s reaction whenever anyone says what she does not like on her page.

According to him, before anyone says any rubbish to her, she is quick to refer such a person to her profile where she listed some of her achievements.

On actress Rahama’s bio, she listed that she is the founder of three different businesses asides from her work as a creative artist.Responding to the follower’s tweet, the Save Me crooner told the follower not to use her life to insult someone else. According to her, everyone has their lives to live and God’s timing is the best.

She noted that she would not tolerate any slander against the actress while urging her followers to uplift each other.

The singer’s response to her follower has shown that the movement about women supporting women is not a myth. 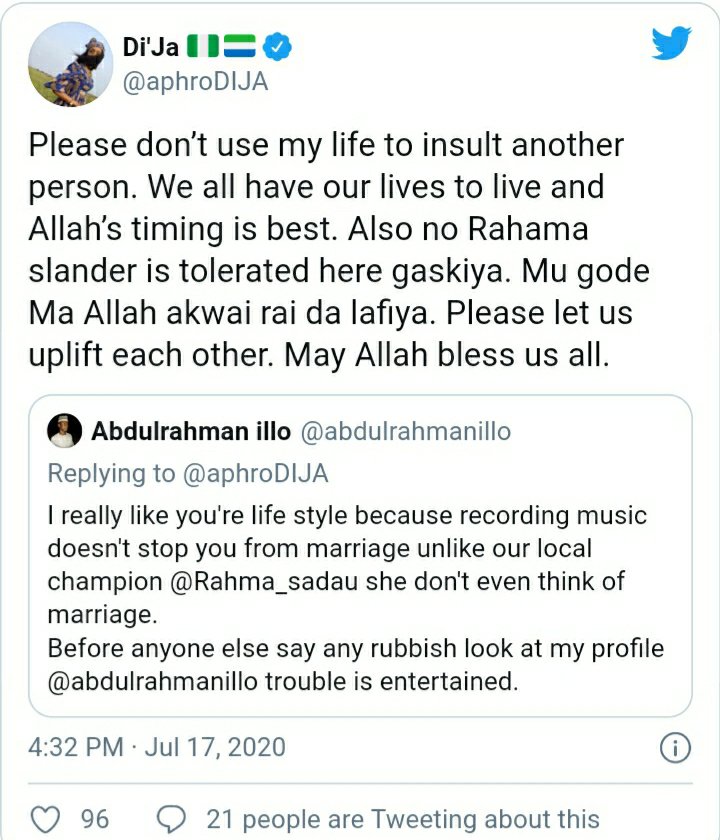