South African Rapper, AKA, Ridicules His Colleague, Casper Nyovest For Wishing He Was A Nigerian

South African rapper, AKA, took to his Twitter page to shade his compatriot and colleague in the music industry, Casper Nyovest for wishing he was a Nigerian.

Recall that few days ago, Casper Nyovest tweeted that he wished he was from Nigeria too. He commended Nigerian artistes and praised them for being united and always celebrating their culture and music no matter where they are in the world. He also said Nigerian artistes display 90% local content, both on radio and on TV.

This obviously revealed that the South African music industry doesn’t possess that kind of unity and cooperation among their artistes, and Casper wasn’t happy about that which made him envy the Nigerian music industry and wish he was a Nigerian too.

Hot now!  Vanessa Bryant breaks down again on social media over death of husband and daughter 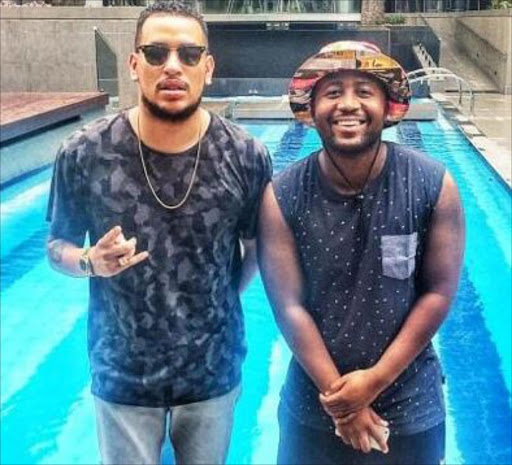 However, this didn’t go well with his fellow artiste, AKA. The light-skinned rapper practically condemned what Casper said, shading him. He said South Africa is miracle and being a citizen is an honor and privilege and no South African should allow anyone tell them any other nonsense.

He also told Casper never to be shy about being proud of his country, which is what they can learn from Nigeria.

See their posts below:

Meanwhile, Nigerians had so much to say on this on social media. Some wondered why AKA was always angry at everything that concerns Nigeria and others stated that the Nigerian music industry isn’t as perfect as it looks because it has a lot of challenges and so is Nigeria itself as a country.

In a nutshell and in order for peace to reign, everyone should just hold on to his or her own country and see how they can contribute to the growth and development of the country as individuals or a group and stop envying other countries or what they do.