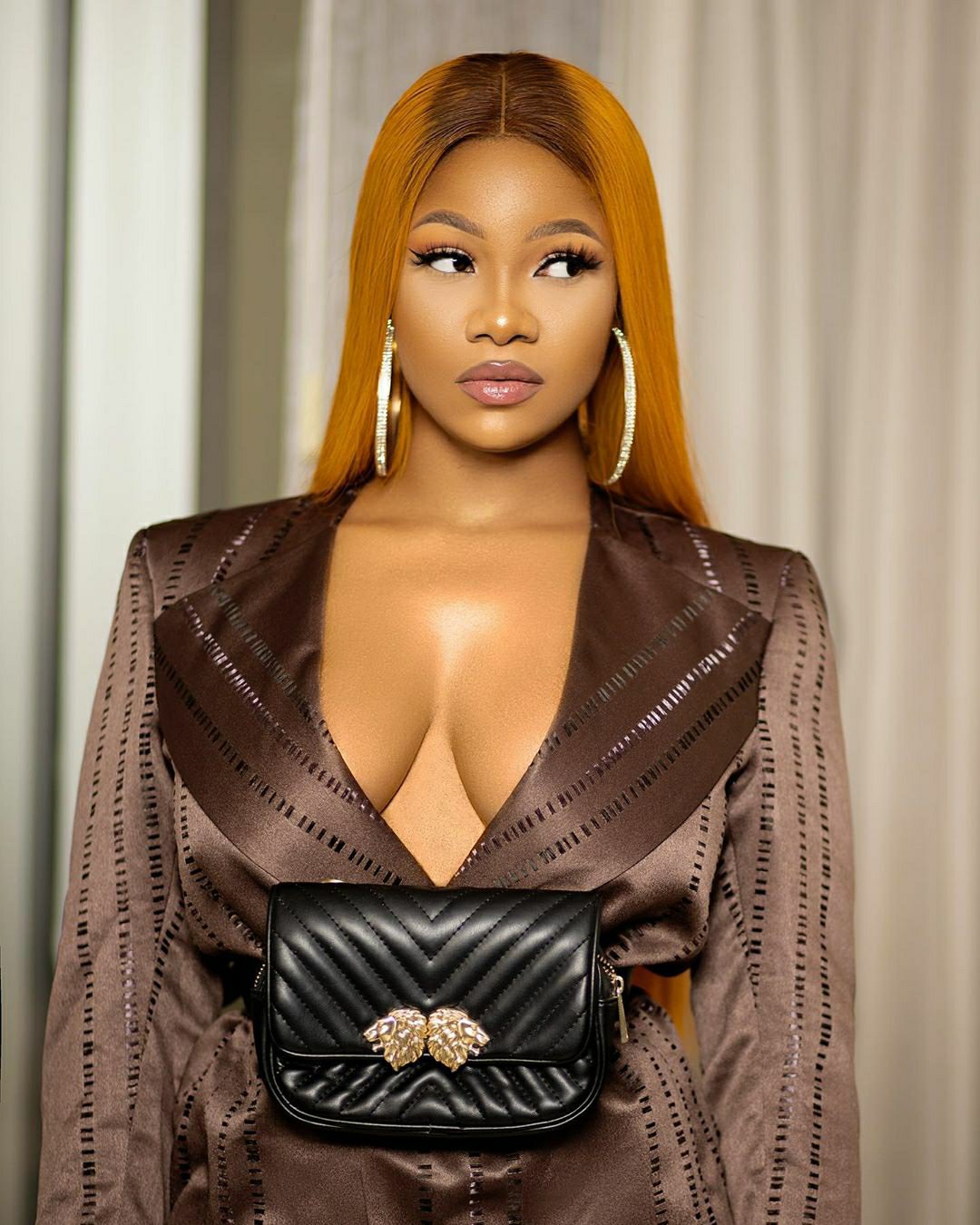 Being a celebrity comes with a lot of challenges and most of the time, it can be very depressing. While fans and followers tend to look at the fame and expensive lifestyle, they sometimes forget that a celebrity is also human and can have downtimes.

BBNaija’s Tacha came into limelight after she partook in the popular reality TV show and she has remained in the hearts of her lovers who spare no one who speaks ill of her.

While the reality TV star is enjoying herself as a celebrity, she also faces some challenges that come with her new status.

Recently, the former BBNaija housemate took to her page on the popular micro-blogging platform, Twitter, to share the content of an email she received from a blackmailer called Tommik Online. 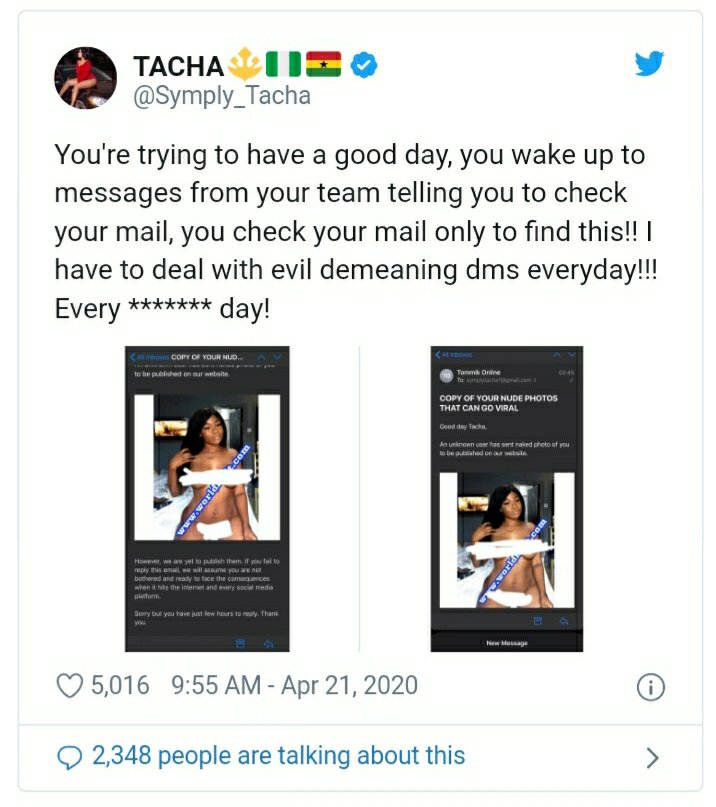 In the screenshots posted by Tacha, Tommik Online said that they received unclothed photos of the reality TV star from an unknown user of their website who requested for it to be published.

Tommik Online said that they are yet to publish it. However, they noted that if Tacha does not respond to the email, they would assume she is unbothered by the news and that she is “ready to bear the consequences when the nude photos hit the internet and every other social media platforms.”

They also gave her a few hours to respond to the mail.

Reacting to the mail, Tacha said that she was only trying to have a good day when her team told her to check her mail and she found the content. According to her, she deals with demeaning messages every day. 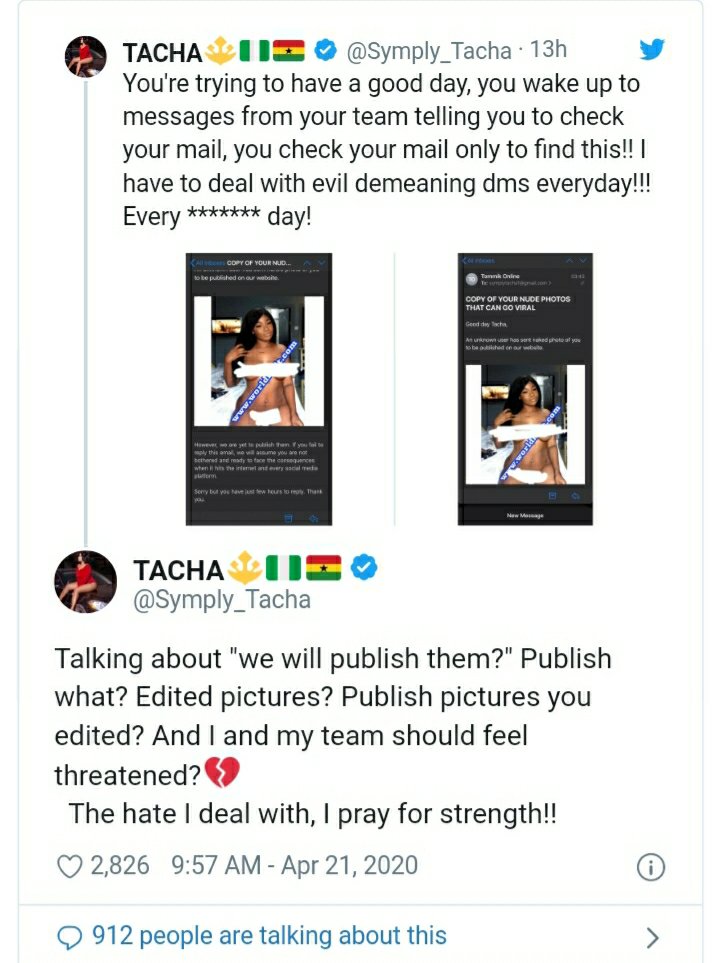