There has been brewing controversy over who said what, as video revealed Kim-Oprah telling an interviewer that Ella said Tacha has a mouth or body odour.

But in an exclusive interview with Opera News NG, the just evicted BBNaija housemate, Kim-Oprah, denied claims that she said so.

According to Kim-Oprah, she feels Ella actually said it. In her words: “I don’t know if everybody watched the clip fully or did not. I was asked a question about body odor and I’ve heard someone say something about body odor before and I wasn’t sure. This is literally just after we got outside the house.”

“It was early in the morning, we had not been given our phones so I wasn’t sure whether it was something someone else had said in the house or whether it was the housemates that came out that said it. I just needed everybody to know that I was not aware of the body odor situation. I’m not aware Tacha has any body odour and I don’t know why everybody is on me tagging me for the negative side and forgetting that I said that I was not aware of it.”

Please abeg, I’m already getting death threats from people and it’s getting too much especially when I didn’t say it. I never said I know Tacha has body odour, I only heard something like that”.

When asked who she heard it from, she said “I called Ella’s name, but I’m not really sure, I don’t want to point fingers because I don’t want people to go after any other person”.

Kim-Oprah, real name Opara Chinonso who once represented Nigeria at the Miss Intercontinental World Beauty Pageant was evicted from the Big Brother Naija “Pepper Dem” House alongside Ella. They were the third and fourth housemates to be kicked out of the show. 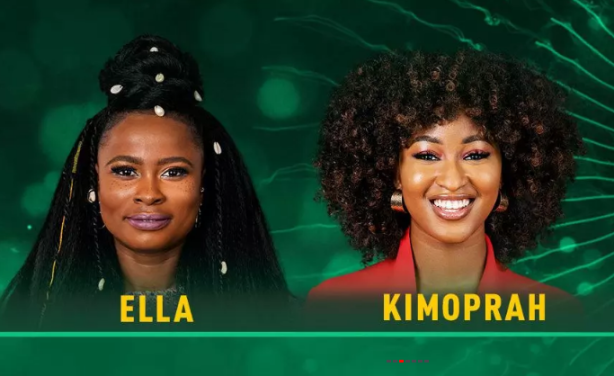 Ella, and Kim Oprah who were the second set to be evicted from BBNaija season 4 started their media tour immediately after leaving the house. The duo scored had the lowest votes on Sunday, and they were eliminated, while Sir Dee, Tacha and Mercy survived being eliminated.

Out of 21 housemates, 17 are still in the BBNaija Pepper Dem season after two weeks.