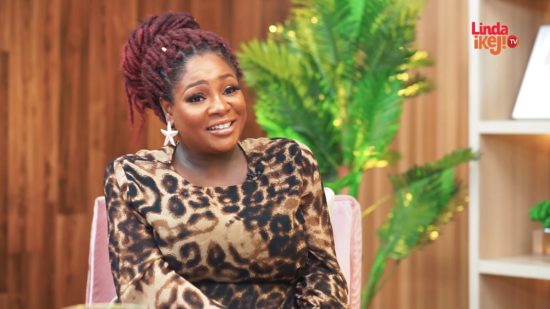 Tolulope Oniru-Demuren sat with Betty Irabor on the latest episode of Life Lessons and she shared details about losing her child that she had kept private.

The new season of Life Lessons with Betty Irabor kicks off with the popular OAP who was recently appointed Programs Director for Beat FM. In this episode, Toolz shared her tragic experience. She also spoke about the disbelief and agony she endured as well as her journey to recovery.

The mum-of-one disclosed that she got pregnant a few months after her wedding and she began looking forward to having a baby. However, as the pregnancy approached 6 months, she noticed she had never felt any movement.

She said the hospital here in Nigeria missed a few things and didn’t pick up on the problem in time.

She eventually travelled to the UK and a scan showed that her baby was too small and may not survive.

“I never once thought that the health of my child would be an issue,” Toolz said.

The doctors kept conducting more scans and tried what they could but a final scan showed the baby was no longer moving and she was told she’ll have to push the baby out.

At the final scan, she said she had some sort of “spiritual awakening”.

She said: “I heard a voice saying ‘this isn’t going to work out but you’re going to be OK’.”

She continued: “That was horrible, the day that I did the scan and there was just like nothing. When we did the last scan, there was nothing, like, no movement, nothing.”

“Oh my gosh, it was horrible, it was absolutely horrible,” she added.

She recalled preparing breakfast on that fateful Saturday when she felt pain and went to the bathroom.

She said: “From there, the pain went from two to twelve. And I remember screaming… I was in so much pain and that’s when I realized that gosh, I’m in labour.

“It was very very traumatic. I try not to think about it too much.

“I think one of the worst moments after that… of course this was in the UK, they had to do like an autopsy, I had to arrange a funeral. It was horrible.

The OAP went on to speak about her journey to recovery and how she was blessed with a handsome son afterwards.

Life Lessons with Betty Irabor is brought to you by Linda Ikeji TV. The show was directed by Ruyi Irabor and produced by Toyosi Etim-Effiong.

New episodes will be released every Tuesday on Linda Ikeji TV and other select online platforms. Life Lessons is sponsored by Nescafé and Maggi.

Watch the latest episode below.