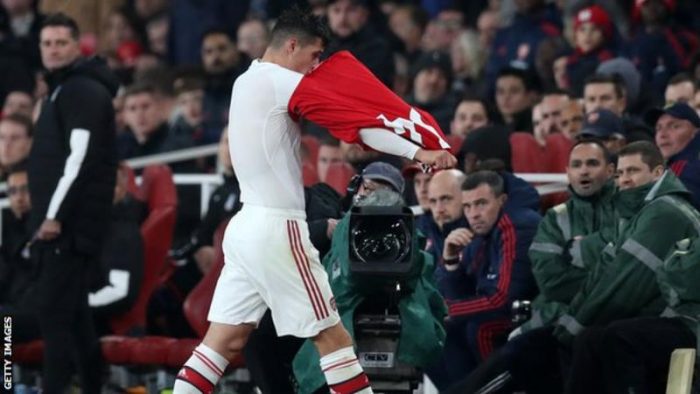 Arsenal captain Granit Xhaka was involved in an angry confrontation with his own supporters as Crystal Palace came from two goals down to earn a point in an ill-tempered atmosphere at Emirates Stadium.

The Gunners were two up inside nine minutes as Sokratis Papastathopoulos and David Luiz took advantage of poor defending at corners – but it was all downhill from there for Arsenal and manager Unai Emery.

Palace pulled one back before half-time when Luka Milivojevic scored from the spot following a VAR intervention after referee Martin Atkinson had initially shown Wilfried Zaha a yellow card for diving in a tangle with Calum Chambers.