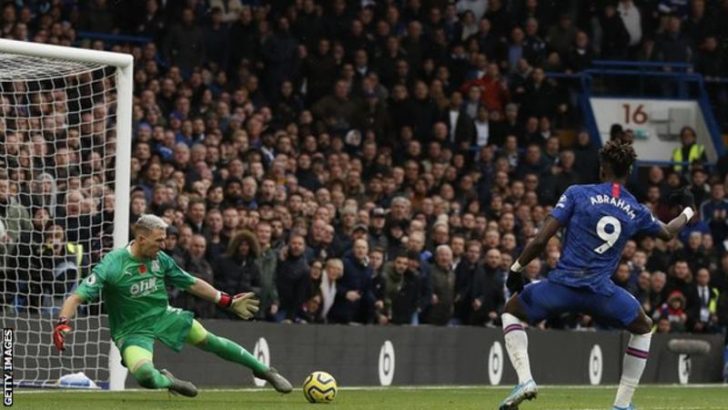 Chelsea recorded a sixth consecutive Premier League win for the first time since their title-winning season of 2016-17 as they moved up to second in the table.

The Blues’ victory over Crystal Palace means they are now five points behind leaders Liverpool.

Frank Lampard’s side moved above Manchester City, who play leaders Liverpool on Sunday, and could be leapfrogged by Leicester City, who host Arsenal at 17:30 GMT on Saturday.