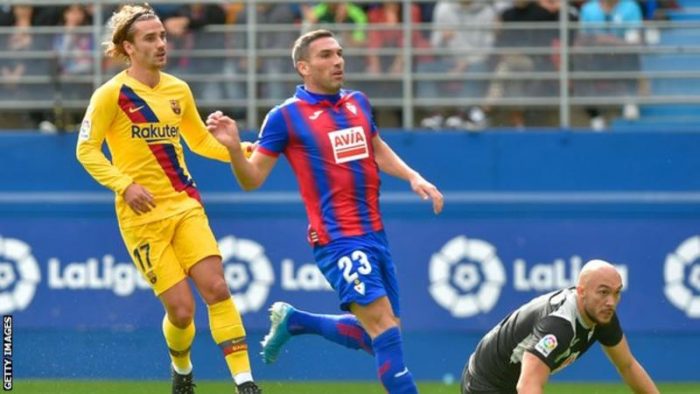 Barcelona moved to the summit of La Liga as goals from Antoine Griezmann, Lionel Messi and Luis Suarez earned them victory at Eibar.

They were on their way to a fifth successive win in all competitions in the 13th minute when Griezmann fired low past goalkeeper Marko Dmitrovic.

Suarez had an effort ruled out for offside after the break before Argentine Messi slotted in the second.