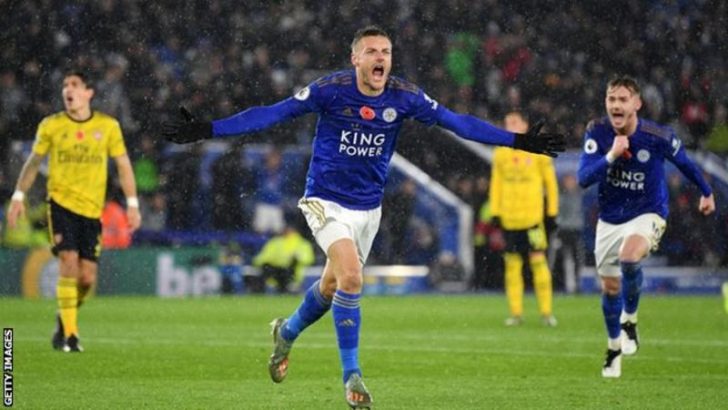 Brendan Rodgers said Leicester City are “not really thinking about the title race”, despite their 2-0 win against Arsenal taking them above Manchester City into second in the Premier League.

The 2015-16 champions had looked set to be frustrated as they missed several chances in the first half before Wilfred Ndidi struck the bar early in the second period.

But Jamie Vardy finally broke the deadlock as he finished off an excellent team move, firing in his 11th goal of the season after Harvey Barnes and Youri Tielemans cut open the Arsenal defence.