eBuzz Nigeria
Home Viral #ViralNow: Davido blasts lady who accused him of selling his soul to... 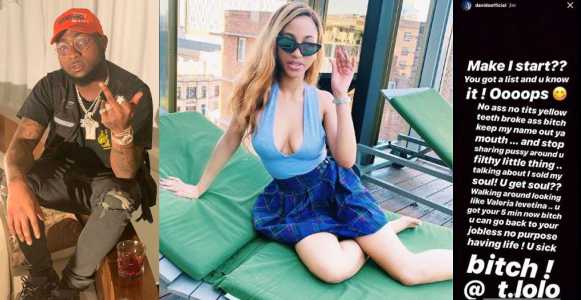 A vlogger identified as Lolo has taken to social media to blast Davido, who body-shamed her for criticizing his political involvements.

It all started after the vlogger commented on Wizkid’s post, on why Nigerians should vote for their chosen candidates and not to be lured by celebrities who supposedly have collected money from politicians.

Her comment, obviously didn’t sit well for Davido, which prompted the singer to sl*t-shamed her physical appearance. 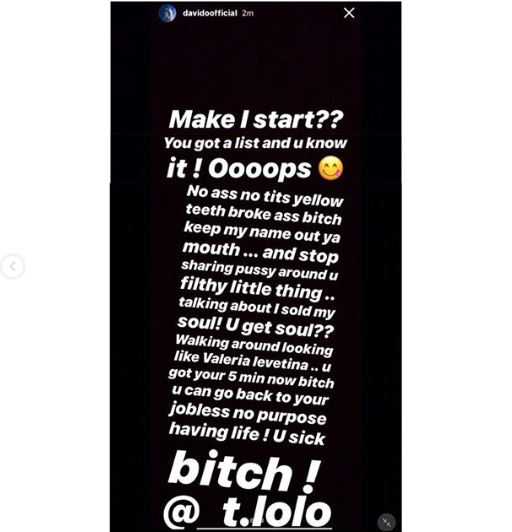 Lolo responded by sharing a lengthy video, were she explained the reasons behind her comment on Wizkid’s post and also slammed Davido for his vulgar reply.