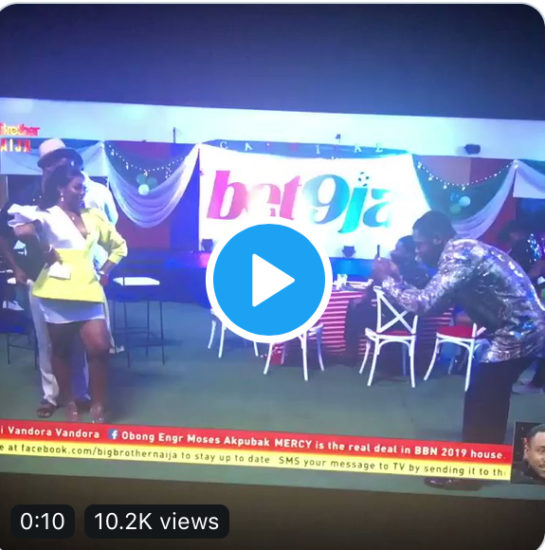 Big Brother Naija is gaining massive attention once again after Teddy A gave Seyi a dirty slap for getting too close to Bambam at the reality show’s pre-independence carnival this morning.

36ng had earlier reported that September was the hottest month ever recorded in the history of Big Brother Naija reality show.

From he major topic being the disqualification of Tacha by Big Brother after her violent fight with Mercy in the house and now it to the dirty slap Seyi received from Teddy A when he (Seyi) moved too close to Bambam.

In the video, it can be observed that Seyi didn’t touch bambam, he stood beside her for a photo before and suddenly came Teddy A who slapped him slightly.