Oludemilade Martin Alejo (born January 29, 1993), popularly known by his stage name YCEE, is a Nigerian rapper and songwriter. His stage name originally was YC, as in Young Carter before been stylized to YCEE.

Having signed by Tinny Entertainment in 2012. He rose to limelight after one of his singles titled “Condo“, which features vocals from Patoranking, earned him nominations at the 2015 Nigeria Entertainment Awards. 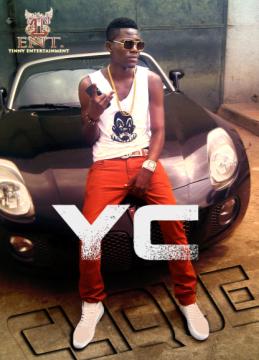 YCEE, thus, released his official debut single produced by J Sleek and titled, “Smile on Me” a cover to Kanye West‘s Clique on 7th December, 2012. He however, signed a lucrative record deal with Sony Music in October 2016.

The Lagos, Festac Town born rapper, had his education from basic to higher institution in Lagos State. He had his basic education at Dr. Soyemi Memorial Nursery and Primary School. He went on to complete his secondary education at the Nigerian Navy Secondary School in Ojo. YCEE also study Marine biology at the University of Lagos.

He is considered one of the finest rapper in Nigeria music industry as well as the continent also celebrate his potentials. Renowned for his exceptional vocal, creative styles and craft.

In the course of this shall we be taking ourself to our memory lane just to address the list of YCEE songs so far till date.